This could legitimately be an Audi ad. Image: Sam Heughan Twitter

Sam Heughan is known around the world as the Scot who plays James Fraser, or Jamie, on the hit show Outlander. The series features the story of Claire, a woman who has fallen through time from 1940s post-war Great Britain to wild 18th century Scotland to meet Jamie, a Highlander, for a story that blends romance, science fiction, and historical drama. A series of very popular books is the foundation of the show, and the devoted fan base simply adores its starring couple and has propelled the show to a rare two-season renewal by its network. 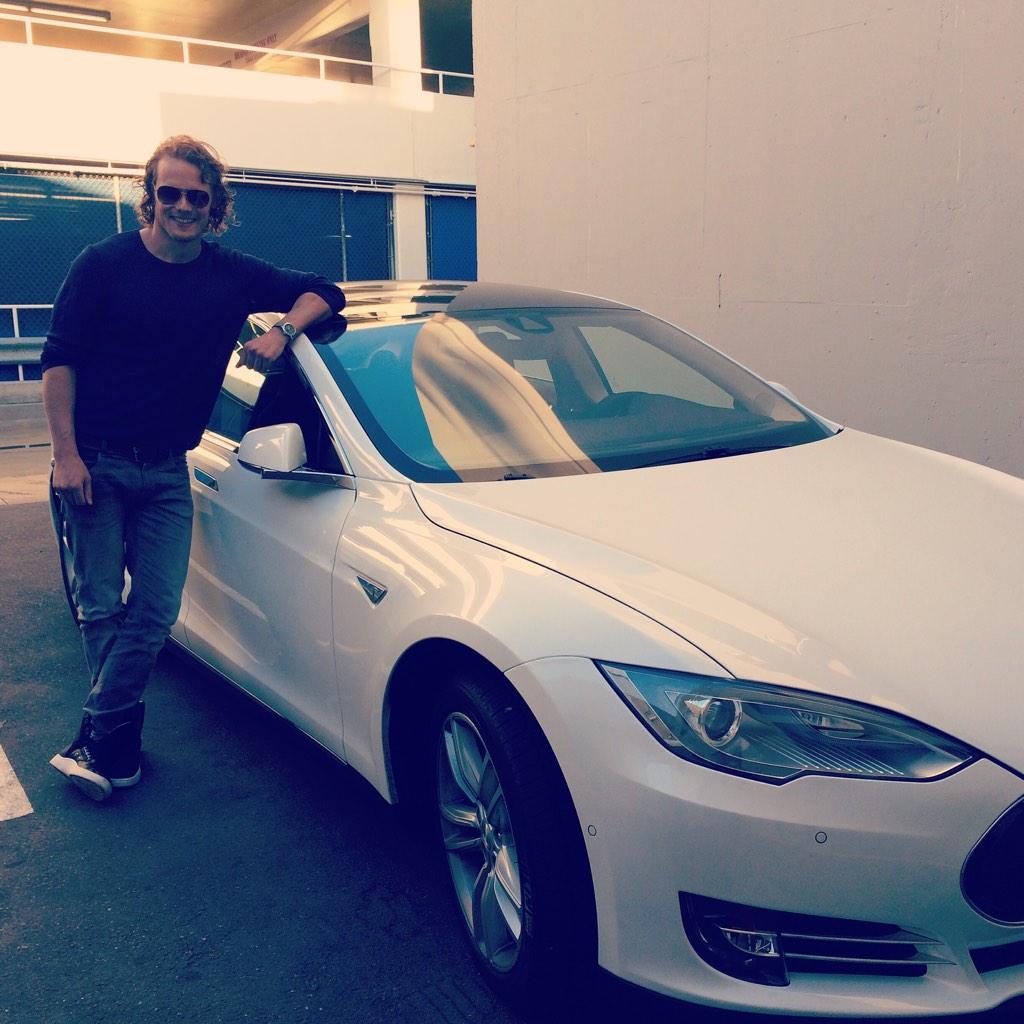 When he’s not stealing ladies’ hearts on television, Heughan is a bit of a car fan. When fans asked him on Twitter what he did with his first round of Outlander wages, he responded that he had bought a new car. Upon closer inspection, his Twitter and Instagram accounts feature a fair amount of cars, from encounters with the Ghostbusters Ecto-1, to Walker White’s camper and Pontiac Aztec, to the Back to the Future DeLorean. Heughan has admitted to owning a Fiat 500 at the beginning of his career, and then upgraded to a Mazda Miata.

Hit the Beach: Check out these essential items for your next trip to the sand and surf 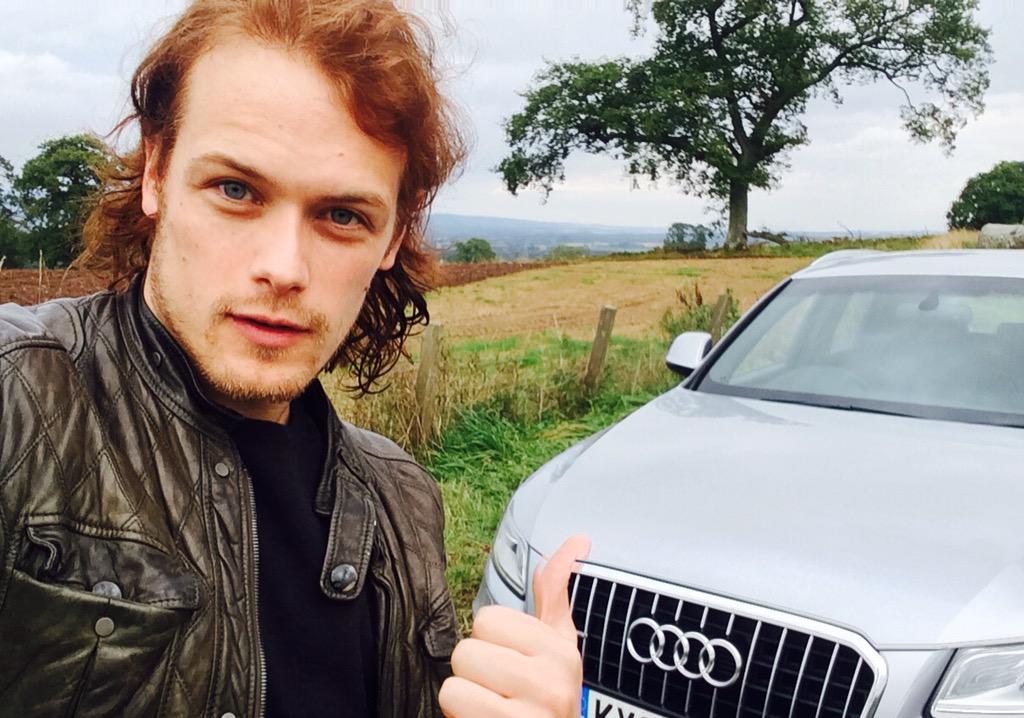 His current interests seem to be in electric cars, and this weekend Audi provided him with a new 2016 Audi A3 Sportback e-tron to cruise California’s famed Big Sur area, infamous for its challenging roads and great views of California’s wild coast. In the past, Audi has loaned the actor a Audi Q5 Quattro to drive around Scotland, but his love of electric cars by Tesla seems to have encouraged the luxury automaker to show him that their EVs are just as awesome.

Are Sedans More Your Style? Consider the 2016 Audi A3 sedan and its impressive features

I wonder what Audi’s ulterior motives are for wooing the Scottish star, but I am hopeful that they’re considering him as a spokesman for the brand. It seems as if automotive brands are recognizing the growing purchasing power of women, with many brands hiring representatives that appeal to a female audience. For instance, Jaguar hired both Tom Hiddleston and Nicholas Hoult for their latest spots, and The Rock is a spokesman for Ford.

If you have not heard of the TV show Outlander, I encourage you to check out the show on Starz (but without the kids, as the show is rated for mature audiences ). Maybe soon we could be seeing a lot more of Mr. Heughan behind the wheel of an Audi in a more family-friendly context.

Cannot get other user media. API shut down by Instagram. Sorry. Display only your media.
Select a target language
Get this free button at ConveyThis
Powered by Translation Services USA

Get Your Own Free Translator